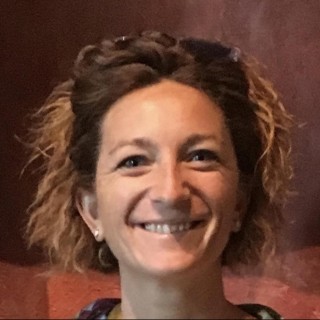 As a sociologist I am interested in the role of social movements in consolidating and challenging dominant understanding of gender, family, violence and procreation. I completed my PhD in 2016 at the University of Queensland, and I am now a Marie Curie Fellow at LUMSA University and University of Texas where I study the politics around gestational surrogacy in Italy, Mexico, India and USA. I completed a Master Degree in Communication for Social Change in 2011 at the University of Queensland in Australia and I have worked as a freelance journalist since 2006.

In the CSC research field, there is an increasing debate and call for researchers to explore new thinking, theories, institutional critiques and innovative methods beyond the traditional boundaries of the field.

Dr Daniela Bandelli, a PhD graduate of the Centre for Communication and Social Change, has responded to this call in her new book – Femicide, Gender and Violence Discourses and Counterdiscourses in Italy.

This fascinating and provocative book critically engages with feminist gender-based violence discourses in Italy through the lens of Foucault’s theory of ‘Biopower’ and social movement voices.

In this Q &A, Dr Bandelli shares some of the key insights, motivation and challenges involved in writing and publishing the book.

What was the initial motivation to write this book?

My initial motivation to write this book started with the many interesting discussions I had with colleagues and friends during by candidature at UQ and fieldwork in Italy on the institutionalisation and spread of gender feminist discourse in daily life. I observed that whenever I shared my critiques towards gender feminist discourse, I tend to provoke sceptical reactions and incredulity among them. But their attitude gradually changed as I continued to share different aspects of my study such as political exploitation of women sufferance and violence done by women against men (…). I noticed that once people get exposed to this kind of information, which rarely reach the mainstream media, they gradually change their view on media coverage about the so-called gender issues. They start noticing that violence is not done only by men, that contemporary media culture encourages men ridiculing, or that women can have more power than men in certain domains such as child custody. These conceptual thinking and reactions among my friends and colleagues towards gender-related violence discourses provided the initial inspiration for writing this book. I wish the book could contribute to encourage critical thinking on mainstream discourses that are generally taken for granted.

What specific social change issues are addressed in the book?

The intent of my book is to contribute to gender-related social change in the context of contemporary social movement discourses. Importantly, I shed light on social movements that usually are not legitimised to participate in the formation of public discourse on violence and other topics on ‘women or gender issues’. I worked through the voices of men’s rights, divorced fathers, shared parenting and anti-gender movements, which are usually dismissively labelled as conservative, chauvinist or bigots. Through their narratives I identified theories and data which helped me to add some complexity to the dominant representations of violence and gender relations.

Can you elaborate a little on the relationship between the concepts ‘femicide and gender violence’, as addressed in the book?

Gender-based violence (GBV) defines many different typologies of acts as abuses perpetrated for reasons ascribable to patriarchy, male power over women, gender inequality and sexist culture. The GBV paradigm infers that violence, whenever it is perpetrated by men against women, should be approached separately from other kinds of aggressions. Femicide is defined by the United Nations as ‘the killing of women and girls because of their gender’, thus as a form of GBV. In Latin America ‘feminicidio’ was used initially to refer to mass rapes and murders of working women in Ciudad Juarez; in Italy  the term ‘femminicidio’ has popularised since 2012 mainly in the context of intimate partner homicides. Despite different contexts and translations, the term connotes murders of women as the product of a sexism and gender inequality. In other words, whenever we use the term ‘femminicidio’ we signify that a woman was killed because men are entitled to exert power upon women, who in turn are subtly considered killable. In my book I question the GBV framework and the term ‘femminicidio’: can we explain all acts of male violence against women through the lens of power inequality, patriarchy and sexism? Are these terms useful to understand violence? Is this gender paradigm tenable in contemporary Italy and other democratic societies?

What were some of the challenges involved in writing and publishing the book?

Doing research and writing is my passion; it is something that I love doing. Of course, writing in English can be at times hard, and writing in my mother tongue could be smoother and more pleasant. However, market in Italy is small and most of the academic publishers ask authors to pay for publishing, and I personally think this is unacceptable. On the other hand, publishing in English allows me to reach a wider public and enhance the impact of my work. I am honoured that an important publisher such as Palgrave MacMillan immediately accepted to print my book. I belief this is a promising encouragement for continuing an academic path.

What is a key point that you hope readers can take away from the text?

Is all violence gendered? Heretic scholars in disparate disciplines have posed this crucial question in one way or another over time. However, this kind of critique is rare in studies of discourse and media representation and too often this intellectual position is erroneously received as an attempt to restore the social legitimisation of female submission. This is in no way the intention of my book. Rather, I hope to demonstrate to the readers that questioning the gender framework is particularly urgent because, like any discourses that become institutionalised within hierarchies of power, could conceal fallacies and replicate social injustices if restricted from the purview of social critique and scholarly debate.

Violence is not the sole social issue that is monopolised in social or intellectual movement. I have recently started to explore the topic of maternal or gestational surrogacy, which has recently received an increasing attention from media and political institutions in Europe. It is striking in Italy, which is at the centre of feminist critique of assisted reproductive technologies, the role of the father in conception, pregnancy and child’s life is almost absent, as if maternity is fundamental whilst paternity remains less important. I think that men’s perspectives on issues that have been traditionally theorised within feminist frameworks, such as reproduction, violence, and so forth, could contribute to advance public understanding on human identity and social relations, and ultimately re-humanise our society.

Daniela Bandelli is an Independent Researcher based in Italy. Her research focuses on critical discourse studies and media representations, particularly the role of social movements in challenging and consolidating dominant representations of gender and family issues.

In 2012-2013 the feminist neologism “femminicidio” (feminicide) erupted in Italian public discourse as national media outlets repeatedly described an epidemic of men murdering their female partners. As a result, Violence Against Women (VAW) as a cause acquired a new centrality in political discourse surrounding the National electoral campaign that year. Through a critical thematic qualitative analysis of press articles and a linguistic analysis of claims made by activists and politicians reported in news wires, this paper shows that the femminicidio narrative constructed an emergency around violence, one affecting the everyday Italian heterosexual family. Femminicidio as a narrative was influential in the abrupt adoption of a Gender Violence (GV) framework within national institutions, a framework that explains violence as a product of patriarchal culture that normalizes sexist representations of women. Intertwined with a political discourse of progress, the femminicidio narrative suggests that the solution to VAW resides in increasing women’s participation in politics. While increasing participation in politics is a crucial factor in gender equality, focusing exclusively on this framework forecloses on the many sociological frameworks available to understand and prevent the complex social phenomenon of domestic and partner violence.